Mr Neil Haldar is a leading consultant urological surgeon based in Buckinghamshire. He sees both adult and paediatric patients. After graduating from King's College Medical School in 1992 Mr Haldar went on to join the Oxford Junior Surgical training program. From there Mr Haldar was awarded by the Royal College of Surgeons the Allinson Foundation Research Fellowship in which he was able to undertake his Master's degree at the Nuffield Department of Surgery in Oxford. Once he completed his specialty urological training, Mr Haldar became the Clinical Lead in laparoscopic urology at the Buckinghamshire NHS Trust. 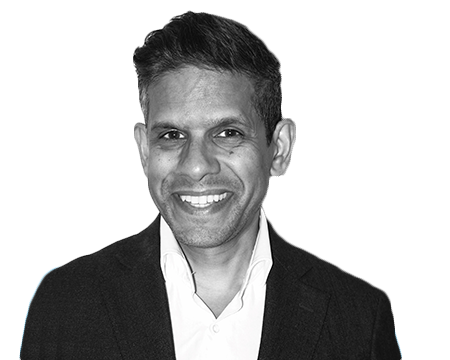 What is kidney cancer? Kidney cancer, sometimes referred to as renal cancer, is a type of cancer affecting the kidneys which most commonly occu...

A cannot praise the service I have received from Mr Haldar and his team highly enough. I was dreading a number of the procedures, all unfounded. Thank you

Always very pleasant and willing to answer questions in plain talk when asked. Very down to earth - not like some consultants. Surgery scars very tidy.

This was the second time I have been operated on by Mr Haldar and on both occasions he has been warm, informative and Successful with the surgery.

Mr Haldar and the staff have been brilliant.

Amazing and excellent service provided by Dr Haldar. Made me feel comfortable throughout my treatment and also after care.

Caring and attentive professional. I would highly recommend Mr Haldar.

Friendly and pleasant consultant who gives straightforward answers and opinions. Neil was available and helpful when I needed advice, by telephone or email.

I felt comfortable and completely happy with the procedure from beginning to end.

I have absolute confidence and faith in Mr.Haldar as the consultant looking after me.

Mr Haldar is an exemplary professional with a very caring manner. His standing amongst the staff at the Chiltern Hosp reflects on the treatment of his patients.

Mr Haldar is a very pleasant and kind gentleman. He is clearly an expert in his field; I was never in any doubt about that. I am very pleased to be in his care.

I have had several procedures/consultations, and I have always felt extremely comfortable and reassured by Mr Haldar's knowledge, manor and professionalism.

Mr. Haldar takes the time to understand how you will cope with what can be difficult choices. Then proceeds in a thoroughly effective and professional manner.

Neil has been looking after me for the last 8 years. His treatment is exceptional and I 100% rely on his judgement for my on going treatment.

Neil is straight talking, very professional, and gave me the reassurance that I needed prior to, and post procedure.

Very efficient and business like. I cant fault Mr Halder and the hospital staff. The thing that could be improved was a better explanation of equipment provide.

After op nursing was inconsistent. Out of the 5 nurses two were excellent, one was good and two had a dismissive attitude. Poor hospital follow up. No call up.

Mr Haldar was always extremely professional but friendly, he kept me fully informed of all the procedures to be undertaken. His aftercare was excellent .

Highly recommended and highly regarded. Mr Haldar is the consultant you want in your corner when the diagnosis doesn’t sound good. Great surgeon and Top Doctor

I have been very happy with the procedure undertaken and the care provided.

Mr. Haldar has been my consultant for many years. At a most difficult time in my life, his professionalism, kindness and willingness to go the extra mile have helped me to be where I am now. I'm profoundly grateful that good fortune brought me to his care

Mr Haldar is a brilliant consultant who puts you at ease and explains things in great detail.

Mr Haldar is not just an excellent specialist, he is a great person who gives confidence and makes the consultation human and not stressful, yet with great focus on helping the patient and do what is needed

I was very happy with the way the procedure was handled from start to finish. Mr Haldar is an excellent practitioner and is very good at keeping you calm throughout.

Thank you very much for "sorting me out"

Such a kind caring professional gentleman. I would HIGHLY recommend Mr Haldar in every aspect of his profession as a urologist.

I have known Mr.Neil Haldar since he removed my cancerous kidney in 2012 ,this was followed by annual scans and more recently a prostate investigation. I rate him very highly and any patient of his will receive the best of treatment.

Everything was brilliant organised .I was seen quick and had scan quick and the results from Dr Haldar were received quick. I would recommend Dr Haldar and the Chilterns

I had a procedure under local anasthetic. I was dealt with quickly and efficiently. Mr Haldar and his colleague were happy to talk through the procedure. they gave me as much information as I wanted and kept me updated on progress during the treatment.

Excellent treatment, could not be more pleased

Have been treated by Mr Halder for 11/12 years. Straightforward, clear, realistic explanation of the symptoms and issues and the options available for treatment. Would unequivocally recommend his services.

First class in every way. Discussed all my option very clearly and fully explained the process.

Mr Haldar is an exceptionally talented surgeon. I have full confidence in his ability. He pefrformed a marvellous operation on me in 2007 and I had no pain whatsoever throughout. He checks my PSA every year and I am confident that his advice is good.

Nothing but praise for Mr Haldar and his secretary Sue. My biopsy was arranged very quickly and his subsequent advice and follow up from his team scheduled very efficiently. Excellent treatment, thank you.

I would definitely recommend this doctor I meant to give him 5 stars not 4. He was easy to talk to, helped me relax, appeared interested in me. I didn't feel like 'just another patient '.This doctor gave me confidence which I was losing. Thank you

very relaxed and informative consultation. answered all my concerns professionally and put my mind at ease.

My mother found Mr Haldar to excellent on all counts. We would absolutely recommend him to anyone thinking of making an appointment. Thank you.

I was more that happy with the treatment performed by Mr Haldar and would highly recommend him. He explained everything concisely and was always available to answer any questions or concerns

Great friendly doctor that worked out what was wrong straight away.

Mr. Halder helped me with my urological problem he was attentive & explored all tests prior to hospitalisation he was a Consultant I recommend & will return to him in the future if I need medical help again. He is a very nice man too!

Mr. Haldar is a very pleasant & kind man who explained all & listened to my concerns in a highly professional, down to earth manner, with a sense of humour too! Having now undergone surgery, I can highly recommend Mr. Haldar, my experience was 1st class.

Mr Haldar recommended a specific scan as part of my prostate cancer follow up. Not having this scan may have resulted in my having unnecessary unpleasant treatment so a very good result.Thankyou

Dr Haldar has been fantastic from the start of my journey to the end making me feel comfortable and positive about my situation, I’d recommend Dr Haldar 100%

Mr Neil Haldar has a professional and very friendly manner. He is very clear in explaining ones condition and options for treatment.. I would not hesitate to recommend him to anyone requiring his services.

Very professional and personable service. Mr Halder explained everything about the operation I had at Great Missenden Hospital. I am delighted with the result.

Mr Haldar literally saved my life. He made me feel comfortable right from my initial consultation. He provided concise information & alternatives throughout my treatment which made it easier to make informed decisions. Staff and facilities were excellent.

Mr Haldar was straightforward and clear when discussing my condition and treatment options.

I had everything explained and the surgery went ahead without any problem. The result of my TURPS operation is a huge improvement in quality of life. 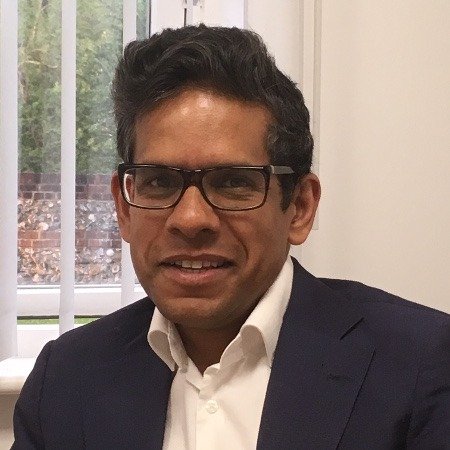 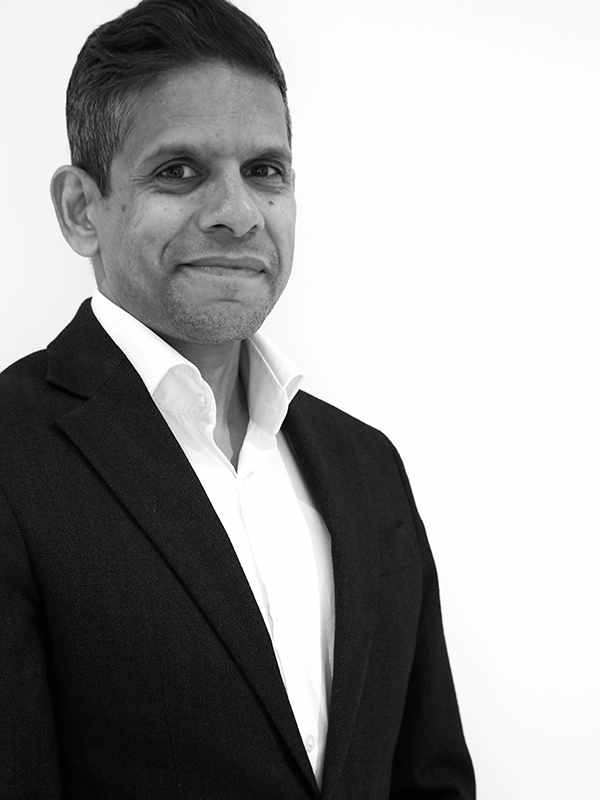 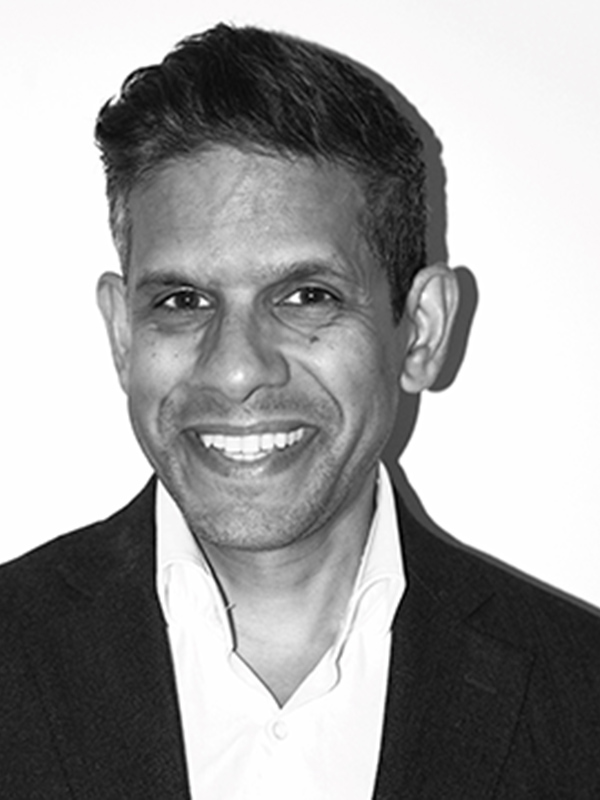 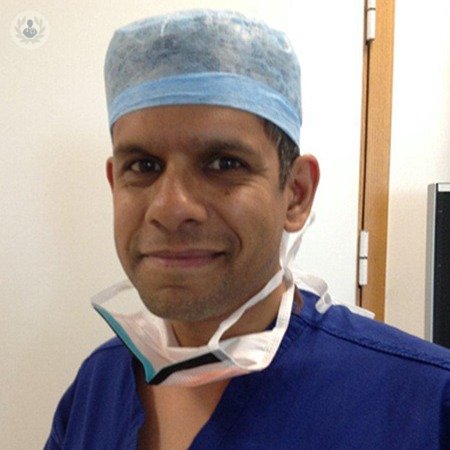 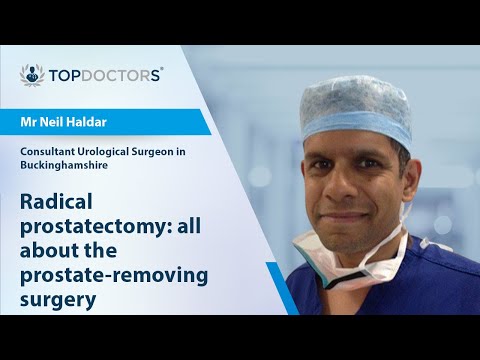 Radical prostatectomy: all about the prostate-removing surgery - Online interview 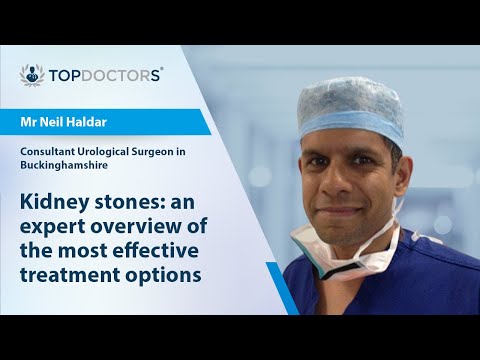 Kidney stones: an expert overview of the most effective treatment options - Online interview 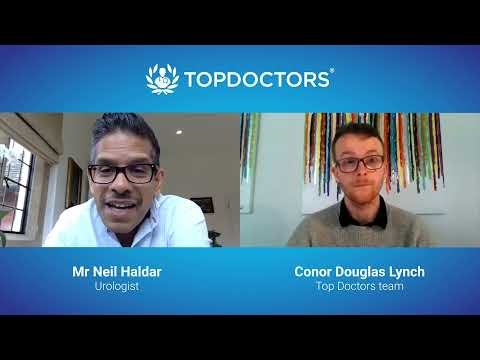 What are the prostate cancer warning signs to look out for? Mr Neil Haldar - Movember Men's health 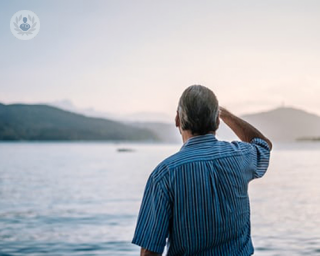 Prostate cancer treatment: how to reduce the side effects of radiotherapy

Radiotherapy in prostate cancer treatment can leave patients with unpleasant side effects, such as an increase in the need to urinate and difficulty in even starting urination. SpaceOAR® Hydrogel can help minimise these side effects of radiotherapy. One of our leading urologists Mr Neil Haldar explains more.
Read more 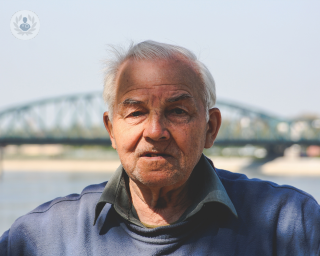 If you may be undergoing a radical prostatectomy soon for prostate cancer you will want to know what the survival rate is as well as information about further treatment after the surgery. We spoke to leading urologist, Mr Neil Haldar to find out more information about the procedure and what to expect.
Read more 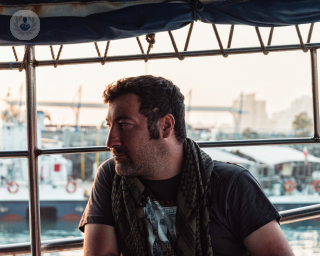 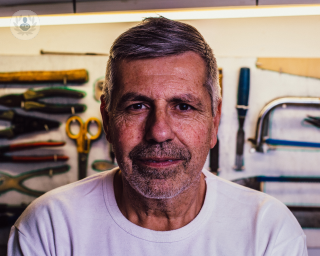 Radical prostatectomy require measures prior to the prodcedure. Once you have the surgery, a number of lifestyle changes will need to be made and it can take a while to recover. We recently spoke to leading urologist Mr Neil Haldar to find out more infortmation about what to expect from radical prostatectomy surgery.
Read more 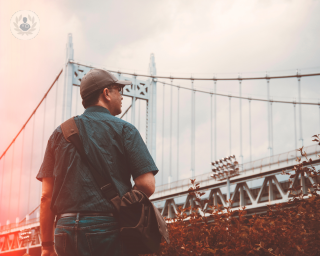 A radical prostatectomy can cause a range of side-effects, from standard wound infections to erectile dysfunction. However, there are fortunately a range of treatment options to ensure you’re as fully functioning as possible in the penile area, if you ever need to get this procedure done, Mr Neil Haldar, a leading urologist, spoke with us to let us know what exactly are the risks of a radical prostatectomy, side effects from the surgery and some of the treatment options available.
Read more 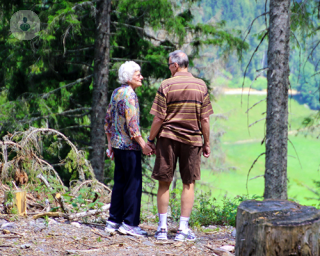 A nerve-sparing radical prostatectomy involves much more than just the removal of the prostate glands. It's an invasive procedure that needs extreme attention to detail for a successful result. Luckily, top urologists such as Mr Neil Haldar are around in order to carry out surgeries such as this one successfully. We recently sat and spoke with him to find out what else is removed besides the prostate glands and some of the different approaches when carrying out a radical prostatectomy.
Read more

Any cookies that may not be particularly necessary for the website to function and is used specifically to collect user personal data via analytics, ads, other embedded contents are termed as non-necessary cookies. It is mandatory to procure user consent prior to running these cookies on your website.